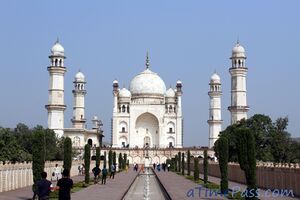 A visit to a historical city is an exciting experience. We planned our visit in the month of February with family to Aurangabad from Mumbai by road. Travel by road is a great experience in itself because to know a place we should know the living style of the people of that place,local food and may get to see some hidden and demolished historical buildings and temples.

As per plan we all wake up early in the morning (near about 4:30) and got ready for the trip packed breakfast and tea, and moved from home location of Mumbai at 5:30 so, that be able to come out from Mumbai without stucking in traffic and targeted to reach AURANGABAD upto 1200 noon. AURANGABAD is nearby 623 KM away,and luckly we managed to reach in the city of world heritage by 1:00 PM.

We made a reservation at Hotel Heritage which is near to the Ellora caves and the Jyotirling. which is a plus point of the Hotel that makes it easy to visit the Elora cave and Grishneswar Mahadev Jyotirling temple by walk.

After reaching at Heritage Ellora hotel, we realised that its not at walkable distance from hotel as well has very beautiful sight view of cave from Hotel and the Hotel itself have its own beauty the way it's constructed have beautifully placed garden and rooms with balcony space. After enjoying the sight of the hotel we all changed and had our lunch in hotels Restaurant, the food at the hotel is also suburb and the quantity/quality both are satisfying. My parents liked it. After completing lunch we came out from the Hotel near about 2:30 PM to visit a few places which we listed to visit there like Aurangzeb Tomb, Bani Begam Mugal Garden and Bhadra Maruti Temple. 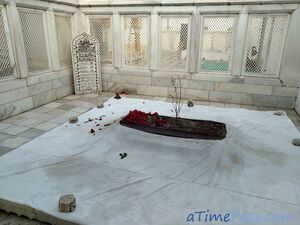 First we moved towards Aurangzeb's Tomb,which is approximately 24KM away from AURANGABAD City. Reached there within 25 min,after reaching there came to know incredible facts about Aurangzeb (1658–1707), who was the sixth Mughal emperor, ruled most of the Indian subcontinent for half a century until he died in 1707. According to his wish, he was buried near the dargah of Sheikh Zainuddin, a sufi who was also his "spiritual and religious teacher". Then visited two more ancient dargah connected with Aurangzeb.

After dargah we moved towards Bani Begam Mugal Garden which is nearer to tomb location.we reach there within 10min.Beautiful Bani Begum Garden with fountains, fluted pillars & massive domes. Bani Begum Garden is a rather lush green site celebrating Mughal architecture and owes its name to Aurangzeb's son's wife, Bani Begum then after gathering beautiful views we moved to Bhadra Maruti Temple. 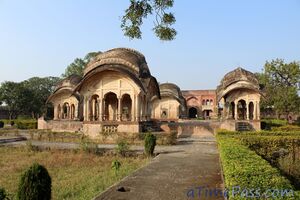 We reached Bhadra Maruti Temple within 15 min from last location ,we were lucky that reached there before dusk ,the temple was in construction mode I think they are expanding its hall where many people can assemble for aarti and offer puja together.At this temple, the idol of Hanuman is portrayed in a reclining or sleeping posture. It is one of only three places where Hanuman is represented in a sleeping posture. The second noted place is a temple on the banks of Ganga at sangam in Allahabad and Uttar Pradesh and the third is at Jam Sawali, Madhya Pradesh.

According to people of this place come to know that, this temple has its own history, in ancient times the Khuldabad was known as Bhadravati and the ruler was a noble king named Bhadrasena, who was an ardent devotee of Rama and used to sing songs in His praise. One day Hanumanji descended in the place, listening to the devotional songs sung in praise of Rama. He was mesmerized and without his knowledge took a reclining posture – called 'Bhava-samadhi' (Bhava samadhi is a yogic posture). King Bhadrasen, when he had finished his song, was astonished to find Hanuman in Samadhi before him. He requested Hanuman to reside there forever and bless his and Lord Rama's devotees. Environment of the temple was too peaceful.we all went into devotional mode there offered prayer to Hanuman ji and took prasad and came back to hotel. We freshened up and enjoyed some snacks and tea at Hotels restaurant then gathered some information from nearby shops and hotel staff regarding Jyotirling timing and morning aarti. With a delicious dinner at the hotel we finished our day 1 of our trip.