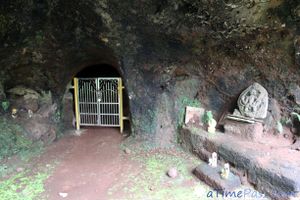 The Rivona Caves also known as the Pandava caves are situated in the village of Rivona in a small village in South Goa. They are considered to be dug in the 6th or 7th century by the Buddhist monks.

At the Buddhist caves at Rivona one can see a "Pitha", which is carved out of laterite and is believed to have served as the seat of the teacher. The caves are also considered one of the few examples of Buddhist influence visible in Goa today. 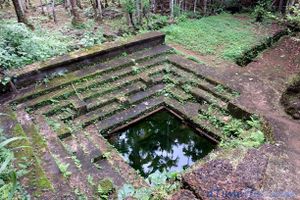 The main opening to the caves is next to a small stepped well or tank at the bottom of the rock. This is flanked by a 16th century bas-relief of Hanuman, the Hindu monkey God and leads to the cell on the upper level.

The caves at Rivona are fairly unknown and one may have to ask around a bit to get to the right direction. To get to Rivona however it is quite easy as by road, Rivona is well connected with Quepem and Margao.